‘Pastries with History’ is our new blog series in which we will tell the remarkable stories of legendary pastries. You probably know them by name, maybe you've tried them more than once and you even adore them. Embark on a journey through time that surprises, inspires and gives you the opportunity to enjoy them in a new way!

Our guest author is Milena. She has lived in France for almost 30 years and is well acquainted with the iconic French pastries. She has always been attracted to interesting stories, being able to find them and tell them well. A true amateur historian in the field of pastries.

When it comes to pastry masterpieces the Madeleines are among the most beloved symbols of France. These small and airily light cakes in the shape of Coquilles Saint Jacques have an easy recipe with eggs, sugar, flour, melted butter, and various flavouring ingredients. The challenge is in the baking, that should form a small bump with a melting core, and the edges of the shape should be pleasantly crispy.

Enjoy the gorgeous Vanilla Madeleines by Take a Cake!

Many varieties of the basic recipe are offered today, but the story of the Madeleines begins far back in time in a magnificent castle. Milena will take us there now.

Madeleines at Take a Cake

That sounds incredibly delicious! When Elitsa told me about the many recipes they had tried at Take a Cake, I tried to explain to her that there were many options and that…

“No,” she interrupted me. “I want you to tell me the story of the 'real' Madeleine - La Madeleine de Commercy!”

So, here is the story…

In 1755, the former King of Poland and then Duke of Lorraine, Stanislaus, gave a reception at the Château de Commercy – one of his favourite residences. The story goes that Nicolas Ferry, the famous European jester of Stanislaus, challenged the chef to such an extent that he left the castle after the scandal, turning over the dessert plate with Babas au rhum (this is another treat that we owe to Stanislaus, but I will tell its story another time).

Can you imagine a reception without dessert? A terrible reason for dishonour at the time. However, when it came time for dessert, the guests were served cakes with a very original shape, a vibrant golden clolour, melting in the mouth. A true miracle!

Due to the lack of baking molds at that time, the kitchen staff decided to use shells of Coquilles Saint Jacques to give the cakes a nice shape in the oven.

Fascinated, Stanislaus called for the author of the divinely delicious dessert. A young, beautiful maid appeared before him, flushed with worry, her hands still covered in flour.

– What’s the name of this masterpiece?

– It doesn’t have a name, sir. We do this at home for the holidays.

– And what's your name, dear girl?

– Well, this dessert will be named after you. La Madeleine de Commercy!

Discover the unique taste of the Cocoa Madeleines by Take a Cake!

A Legend or a True Story

Historians still argue about the true story of the Madeleines. Some of them attribute the recipe to the chef of Cardinal de Retz, who lived in Commercy a century earlier. Monsignor Paul de Gondi, cardinal de Retz was exiled to Commercy after his revolt against Louis XIV. The cardinal regularly organized receptions for the local aristocracy in his castle. Looking for a new idea, his cook – Madeleine Simonin, decided in 1661 to change the recipe for beignets, turning them into soft, small cakes, which were highly appreciated by the Cardinal's friends.

The true origin of La Madeleine de Commercy remains unclear, but to this day it’s enjoyed for breakfast, as dessert, or an afternoon snack and it hasn’t changed at all over the centuries. Still, it had to wait until July 26, 1852, when Louis Napoleon opened the Paris-Strasbourg railway. After the celebratory speeches, the imperial guests went to the new Hôtel de Paris in Commercy and what do you think they were served at the buffet?

Our Madeleines, of course!

The newly opened railway line allowed Anne-Marie Caussin, a young businesswoman, to reach Paris, where she married the Marquis de Carcano and where every day she served Madeleines, delivered directly from Commercy. This is the initiative that made this cake famous for the first time. Even before it achieved its truly great success, when from October 13, 1874, a Decree of the Prefecture officially allowed the sales of Madeleines on the platform of the station in Commercy. 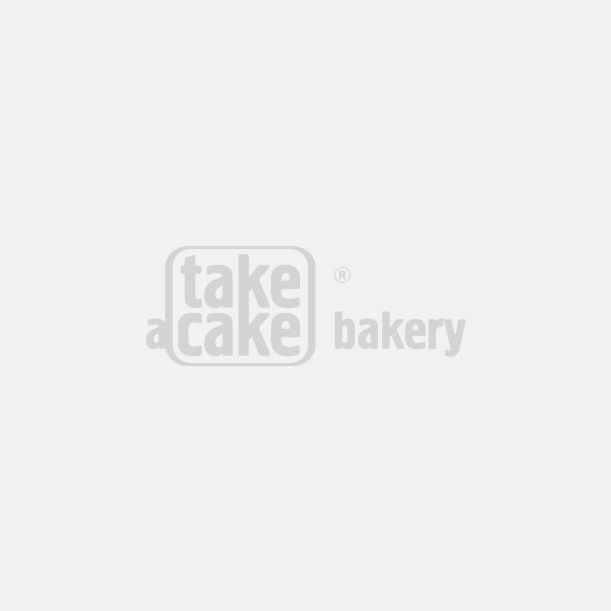 Try the delightful Assorted Madeleines by Take a Cake!

Madeleines at the Station

Until the beginning of World War II, passengers passing through the station of Commercy, crowded around the windows of the carriages to enjoy the unusual spectacle of saleswomen carrying large wicker baskets full of Madeleines, shouting as loudly as possible the name of the factory for which they worked.

This colourful and noisy spectacle was unique for the entire railway network in France. Thinking about it, it was quite hard work for these women to sell a maximum number of Madeleines in a minimum amount of time, but that certainly contributed to the popularity of the small cakes.

Proust and the Madeleines

We can't help but mention Marcel Proust, who uses a Madeleine in a famous scene from the first volume of In Search of Lost Time. The cake dipped in a cup of tea suddenly becomes not just an ordinary memory, but a surprising childhood feeling. Proust's Madeleine became a metaphor that is often used in France as well as other countries. And this might not have happened at all if Proust hadn’t changed the draft of the novel, about which he later revealed that it’d been originally a slice of toast dipped in tea, and not a Madeleine…

Give in to irresistible pleasure with the Ruby Chocolate and Roses Madeleines by Take a Cake!

Not Just a Cake, but an Experience

A Madeleine is definitely more than a cake. It’s a myth of childhood. It’s this unique feeling of tenderness and softness that brings back those enduring memories related to our own story. The magic of a simple cake is truly exceptional. And we actually realize that our Proust's Madeleine can be something quite different from a Madeleine!

What is your Proust's Madeleine – the cake that becomes a crucial part of your story? Come find it at Take a Cake.